Review: Behind The Scenes Of The Old Testament 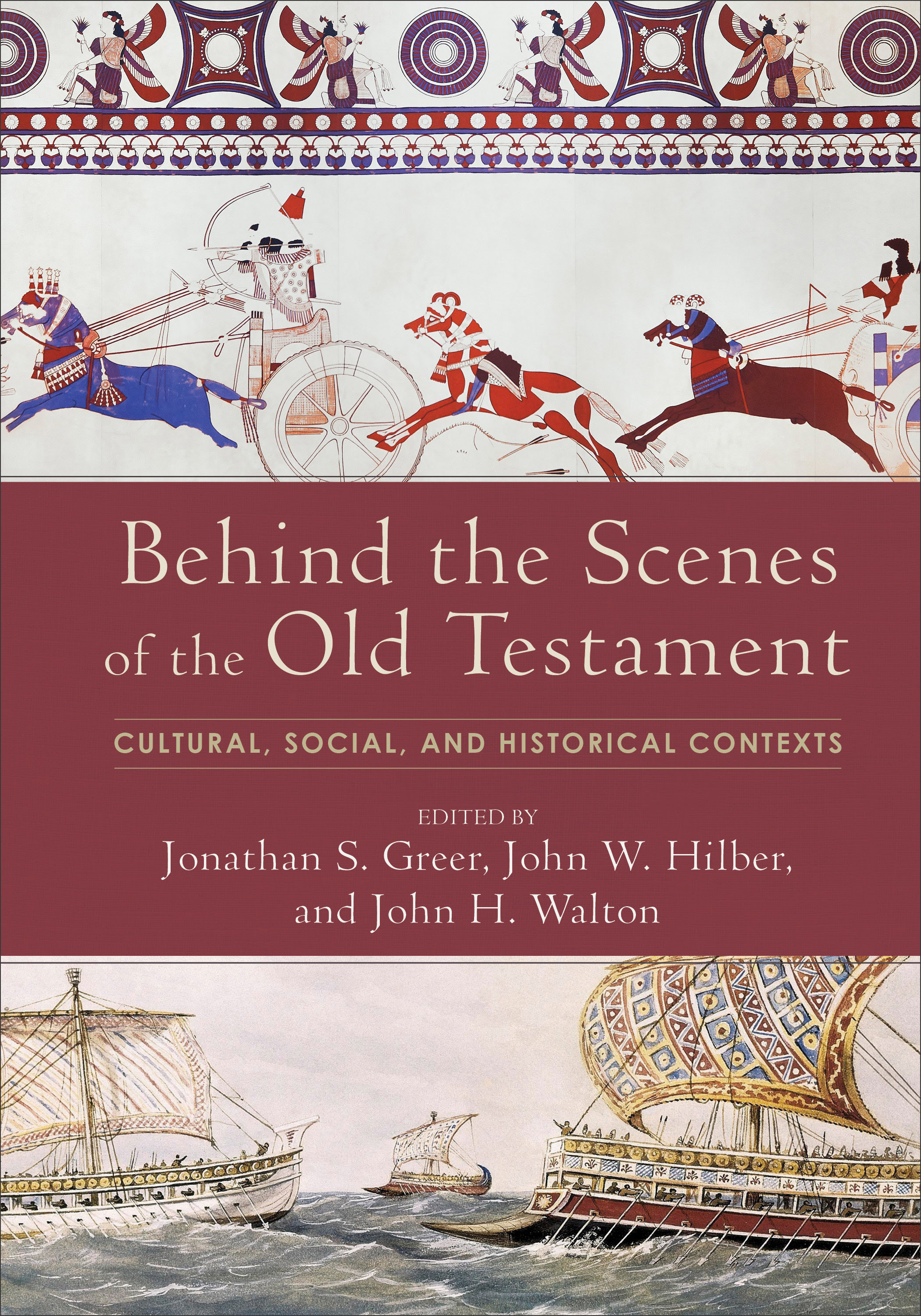 The biblical drama was situated among a highly complex sociological, political, and geographic backdrop. In particular, the world of the Old Testament was a critical time for human civilization—yet most readers of the Bible tend to imagine that Israel alone was the sole nation on the scene. While most OT surveys identify cultural issues within particular sections of the text, or provide a cursory introduction to the ancient Near East in an opening chapter, Behind the Scenes of the Old Testament: Cultural, Social, and Historical Contexts (Baker Academic, 2018) provides a comprehensive entry point into the ancient world in the time of the OT.

This authoritative tome brings together contributions from the world’s leading biblical and archaeological scholars to offer a variety of articles on OT background issues. It is divided into three parts. The first, “Elements of the Drama,” includes the stage (historical geography), the set and props (archaeology), the scripts (extra-biblical literature), and the frames (iconography). This section introduces the world in which Israel existed and evidence of its functioning. The second section, “Acts and Scenes of the Drama,” includes the acts (a broad survey of the various time periods in Israel’s history) and the scenes (a broad survey of various events occurring outside of Israel during her history). This section describes the history of the region, seen through the lenses of Israel and of her neighbors. The third and final section, “Themes of the Drama,” is a historical-critical examination of the major themes of the OT, including God, family, sustenance, and governance. This section examines biblical themes through their religious, economic, social, and political contexts.

BTSOT succeeds in its task of peeling back the curtain of the biblical drama. Its authors remind readers that the God of the Bible revealed his Word in a culturally bound context that requires careful study in order to best determine the meaning of the text. Moreover, the array of insights provides an integrated approach to the study of the OT context. Its articles are relatively short and accessible to students and demonstrate clear evidence of being well-researched and clearly organized. A useful Scripture and subject index in the back matter would make this a valuable tool for expedited research, eliminating time and frustration in finding exegetical nuggets hidden in esoteric, dusty dictionaries and commentaries. Most articles include large black-and-white illustrations, including photographs of artifacts or landscapes, and maps.

This volume has serious implications for the study of the OT world. It can serve as a one-stop reference for background research in the greater task of exegesis or scholarly work. While its authors recommend and have designed this text as a supplementary resource for intro OT courses, it would be best suited as a reference text in a biblical geography course. Its sheer size (both physically and in scope of content) and cost ($49.99) make it unrealistic for many introductory settings. Nonetheless, BTSOT would be an excellently received addition to library of serious biblical scholars and pastors who desire to faithfully teach the text as it is understood from its original context.


© 2018 Leitourgia All rights reserved.
A complimentary review copy was provided in exchange for an honest review.

Popular posts from this blog

August 31, 2019
Some recent evangelical trends have insisted that the Son is subordinate to the Father. It is in response to such complementarian theologians that the contributors to Trinity Without Hierarchy: Reclaiming Nicene Orthodoxy in Evangelical Theology (Kregel Academic, 2019) write. Edited by Mike Bird and Scott Harrower, sixteen respected theologians from around the world have come together to rescue the doctrine of the Trinity and reclaim the Nicene position, that all persons of the Trinity are co-eternal and co-equal.

The first essays introduce the doctrine of the Trinity from a New Testament standpoint, followed by a set of essays that trace Nicene Trinitarianism through church history, from Athanasius to the Reformers to Pannenberg. Although written with varying levels of difficulty—from introductory surveys to advanced theological treatments—each essay is short and digestible. The implications of the doctrine of the Trinity meet the challenges of modern evangelicalism, particularly su…
Post a Comment
Read more

April 03, 2019
Most preachers burn out. So claims celebrated homiletician and preaching professor David Ward. Ward contends that, while preaching is a life-giving activity, most practices of it lead to exhaustion and life waste. In his new book, Practicing the Preaching Life (Abingdon, 2019), Ward sets out to paint a practical theology of preaching that spiritually forms preachers and brings renewal, not only to preachers, but to their listeners as well.

Ward, as a student in the New Homiletic, draws heavily on Augustine and Aristotle, who view preaching as a means to embed virtues within the preacher. He begins by establishing a correct theology of preaching: what makes good preaching "good"? What are the offices of the preacher? From there, he moves toward practical applications, including weekly sermon preparation routines and sermon forms. Ward's approach to preaching practice, however, diverges from traditional books that either offer homiletical theory with little application, o…
Post a Comment
Read more

Review: The Significance of Singleness

April 29, 2019
In this much-needed book, theologian Christian Hitchcock develops a vision for singleness and the church. Recent evangelical tendencies, argues Hitchcock, view singleness as a problem rather than an asset, a curse rather than a blessing. Drawing from her own experiences as a single Christian woman, Hitchcock skillfully combines personal reflection, historical evidence, and biblical-theological support to claim that single persons are themselves a theologically significant group.

Hitchcock begins by tackling the problem of singleness head-on. She describes the perception of the “problem of singleness,” from pop culture to the Marriage Mandate Movement. In her view, American evangelicalism views marriage as the most desired social institution, under which nothing can compare. Most of her examples come from her experience as a student and professor at small Christian colleges, which have a notorious tendency to inflate issues of marriage. Hitchcock then turns to three figures from churc…
Post a Comment
Read more